How can we make sex more fun? Okay, so nobody really asks that because sex is just about the most fun thing you can do in this lifetime. Seriously, how can we take the most fun thing we can do and make it better? Make it so that she gets off every time? Most woman need a little help, some don’t need any. I actually do need help during sex to get off. I have a few go-to toys that work consistently and are easy to use.

First, and my favorite, is the small powerful clitoral vibe. There are plenty to choose from. Like power? Try a RO-88mm Bullet.  For less than $30, this vibe has tons of power and it is small enough to fit between two bodies. There are loads of other small clitoral vibrators that can be used at the right moment to enhance an orgasm for her and make it extra fun for him as well. I actually keep a few clitoral toys on hand next to the bed. They are always ready to go and there are a few of them just in case one loses power before I get off. These toys are small and can easily be hidden. Most of them are waterproof and easy to clean.

Cock rings are another option and they can be fun for both partners. If you have the right ring at the right angle. I really like the LELO Tor II but honestly it can be too tight on some men. Also, it has a big price tag. Fit is really important. The guy would have to enjoy a cock ring, some men don’t. The Sonic Ring Kit would be a good one to start out with. It is inexpensive and has a removable vibrator if all else fails. If you have never tried a ring, give it a go. You never know how much it can add to the experience.

There are some vibrators that work during sex without having to be worn by the male. The We-Vibe is an example of those types of vibes. The woman wears them and it vibrates the clitoris and the g-spot. Hands free stimulation so he (or she) can still penetrate. Positioning is really important and not all women will be able to enjoy this much if the fit isn’t right. The vibrations might not be powerful enough for some women. When this vibe works it is magical, but when it doesn’t it is a big ole waste of money.

I hope this helps you figure out where to start. There are a lot of options. Babeland has a number of guides that will show you where to start if you still have questions. 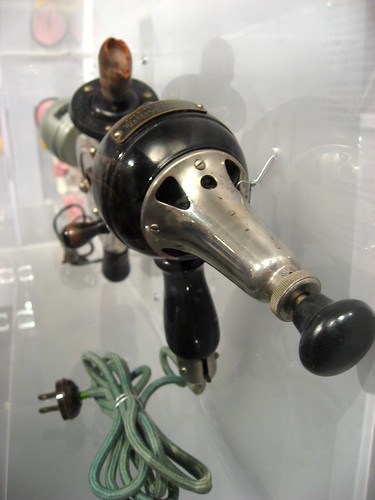 2012 has seen sales of sex toys soar through the roof. With the hugely popular ’50 Shades of Grey’ storming through the bestsellers charts, online retailers of all things pleasurable have been feeling the heat, with products they guarantee will take the place of diamonds as girl’s best friend. Whilst jiggle balls and handcuffs have seen massive increases in popularity, the classic or rabbit vibrator is still considered the most popular sex toys among many women, available in many shapes, sizes and textures. Gone is the embarrassment that came with admitting you owned a sex toy, with women everywhere – whether in a relationship or single – taking charge of their own sexuality.

It’s a far leap from the humble beginnings of vibrators. The vibrator was invented in the eighteen hundreds to tackle ‘hysteria’, the female disease which had been diagnosed by Hippocrates and which had had little update since. More than one in four women were said to have the disease with symptoms that could encompass everything from fatigue to stomach cramps, and the most effective cure was ‘hysterical paroxysm’ – otherwise known as ‘orgasm’. Other cures included sensory deprivation and removing yourself from anything too taxing, but pelvic massage was often considered the most successful. Whilst it’s tempting now to see this as sexual deviancy, it seems the doctors of the late 1800′s were less than happy about the application of this treatment.

It took many more years for vibrators to be used outside the doctor’s office, but in 1900 they were finally released as a retail product. It became the fifth electrical appliance to be released for consumer use after the sewing machine, fan, kettle and toaster and was released years before household necessities such as the electrical vacuum or iron. However, in the days when ‘female hysteria’ was still considered a valid illness, it would have been embarrassing and very much frowned upon to admit to owning one of these devices for anything other than medical purposes. Therefore, they were marketed as body massages offering to cure anything from headaches to asthma.

By the seventies, vibrators were marketed to women as a sex aid and since then women have been taking responsibility for their own pleasure. As the use of vibrators became more and more mainstream, with hit television shows such as Sex and the City praising them, women have become more and more comfortable in the purchase of these gadgets to the point where now, in 2012, they are openly discussed on television and purchased not only by women but by couples worldwide looking to spice up their love life. No matter why they were invented, women the world over are reaping the benefits.

Eden Fantasys is turning 10 and they have some pretty awesome sales going on right now to celebrate!

Eden Fantasys is also celebrating with:

a free item with every order

free shipping on all orders over $25

Eden Fantasys has a large selection of the best luxury sex toys on the market. My favorite part about Eden Fantasys is the sheer amount of reviews they have on their site. Every product for sale has a review. They also have a review program that is not just for bloggers. You can get products for review about once a month, the better you are with reviews the higher priced items you are eligible to review. They love their reviewers and they have folks on the site that have reviewed 100′s of products. Click here to learn about their review program.

Can I even mention Eden Fantasys without mentioning the Points Program? As soon as you register on the Eden Fantasys site you can start earning points. Each point is worth a penny and the points add up fast. You can earn points for browsing the site, liking things on Facebook or even posting your opinion in the forums. Use the points toward purchases or buy gift cards with them and give them away as gifts! Learn more about Eden Fantasys points program here. I love combining points I earned with the sales for massive discounts on adult products at Eden Fantasys.

You can get a 15% discount every day on items with the code SYM.

Eden Fantasys is an online adult retailer. The first products I ever reviewed I received from Eden Fantasys. I now have over seventy-five reviews on their website, and quite a few postings here as well of products they have sent me for FREE to review. When people ask me how they can review adult products I recommend Eden Fantasys. They have a very organized review “program”. Click on the banner to learn more about becoming a reviewer for Eden Fantasys.

They have a very large selection of sex toys, lingerie, book and movies. Eden Fantasys has easy to use “points program”. They reward you just for navigating the site. The points program is easy to sign up for and each point translates into savings when you cash them in! I have used Eden Fantasys points to purchase a lot of the toys in my collection. I racked up the points just for being active in the community. There are forums in the community for just about every taste in kink. They also have quite a few “clubs” for things like cooking and photography (so not just for kinksters). I have made more than a few online friends at Eden Fantasys and I learned a lot about toys and other bloggers just by being active on the site.

Eden Fantasys is having a huge summer clearance sale. 30-70% off 1000+ items. Click on the above banner to check them out. They are also running a 20% off discount site wide with the code CELEBRATE (good til 6/22 at 2pm EST). Eden Fantasys runs sales all the time.